S2’s Weekend Round Up 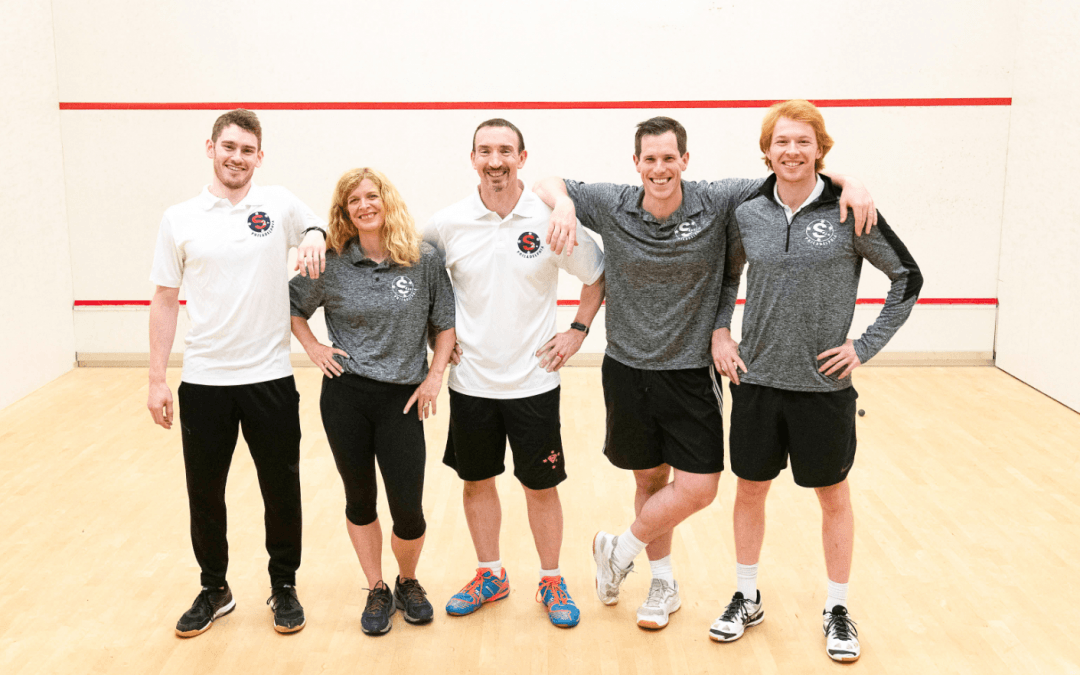 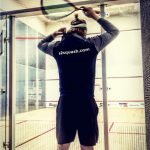 The first of two whirlwind weekends concluded Sunday, with over 50 S2ozzies in action. It’s the high priority end of the season, with final preparations in place leading up to next months Gold and Silver Nationals. With only a few remaining opportunities to earn the required ranking points required to gain entry into the respective Nationals draw, Frantic February began in style and saw Coach Lyall accompany 6 to the Infinitum Gold in Boston, whilst 40 played the P2P and a handful battled it out at Silvers is MD and CT. Next weekend will bring the busiest in S2ozzie history as 22 qualified for the final JCT at Meadow Mill, whilst we have 15 competing at both the NJ Gold and local EA Silver. The goal was to transition Frantic February into Fantastic February, read on to hear all about it! 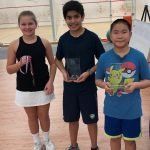 February and March see some of the hardest matches and biggest prizes on the line. With this in mind, the fifth P2P of the season and first of the new decade, saw some great squash in preparation for the big events to come!

Premier League saw Sam defeat Shaam in the final 3/0. Sam has only just returned from Atlanta and the Life Time Atlanta Open, and is in top form. We’re fortunate in a lot of ways to have Sam, Dave and Jamie still training hard, enjoying their game and available to “pressure test” the youngsters on court. As for Shaam, the best U17 in the country still has work do before getting past the big three, but he’s getting there! 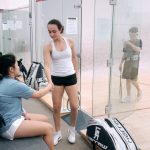 Division 1 saw Aiden defeat Christa in an entertaining match. Aiden is one of SEVEN S2ozzie boys filling out the U13 division in next weekends JCT – wishing them all the best, and proof that a tight knit training crew makes each other stronger, tougher, and truly elite competitors.  Good luck to you all!!

Division 2 was a tough division, and eventually Maya overcame Elliot in a big final, after they both ground out Preston and Bella in well contested semi-finals. Again, excellent preparation and match play for future weeks.

In Division 3 Brandon emerged with the trophy after several marathon victories! One of the hardest workers in a field of hard workers, the win brought a smile to the coaches faces.

And finally, Division 4 saw Rishaan win out. Rishaan has improved enormously in the past few weeks and showed his progression in a series of consistent performances.
The next P2P of the season will be conducted on February the 29th… not often you get to write that sentence… and we can’t wait for the next installment 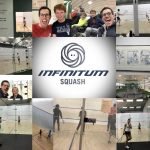 The East Coast Golds always carry strength and depth, but at the Infinitum Gold, this was brought to a whole new level. The top seeds in Golds are notoriously ranked somewhere from 17-32, but the majority this weekend were inside top 16, with the GU15 top seed already ranked inside the top 8! That didn’t put off our S2ozzies who searched for both ranking points and match experience against the country’s top talent.

In the U11’s, we had Peter P earn his first top 8 finish at a Gold! The young phenomenon is already a favorite in our community and took another big step forward toward stardom this weekend. He partnered Coach Lyall to doubles success at the Infinitum Doubles Invitational on the Softball Doubles Court at the legendary Acton Concord Squash Club. The current Regional Champion and King of Pennsylvania then managed to navigate through a tricky division to guarantee a top 8 finish! Immediately joining him in the top 8, was big Sister, Lucy. She won a barnburner against a higher rated opponent, to join her brother in the quarters. The Pierce siblings were Fierce and finished 6th and 7th respectively. They were a stepping stone away from bigger and better things here and are already gunning to maximize the experiences learned and make the appropriate fixes required to take the next big jump.

Also in the U13’s we had Read finish 13th and Amelia won the Plate 2 final 3/0. Read pushed the #1 seed all the way in R2 and showcased his abilities to compete at the top level. Big brother, Billy, is currently attending boarding school at Deerfield Academy after competing a summer of S2 SAS in preparation for the season. He had the biggest win of his career playing up in the U19’s as he defeated his teammate, the current #5, in the Deerfield line up 3/0. His opponent is 3 places higher in the team and yet Billy showcased that they could easily be roles reversed, with a commanding victory perfectly executing the game plan.

Last, but by no means least. Naomi had a great breakthrough weekend in the GU15’s. She defeated the 7th seed in R2 to upset the seedings and then came so close to taking out the top seed, who was playing this Gold despite holding a current ranking of 8 in the country. She bounced back to finish 6th and claim valuable points to bolster her ranking prior to the Nationals cut off at the end of the month. 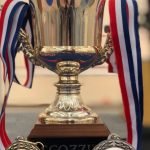 Another huge weekend in CSA saw the final Ivy showdowns conclude, with several other crucial battles with teams desperately trying to climb the ranks to play D1 or D2 at Nationals. Details include S2 home team – Swarthmore College and huge 5/4 win over Lafayette College!

All the full results and reports can be found HERE

The biggest weekend yet in S2 history comes on President Day weekend, with over 50 S2ozzies in action at the JCT, Gold and Silver. We’ll have coaches at all 3 and will be insta living the updates and action, alongside a full reportage as usual on Sunday! Stay tuned as our busiest month of the decade continues! 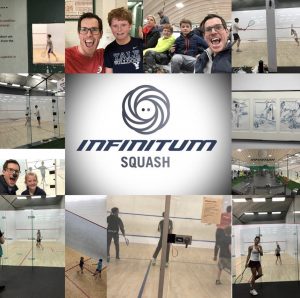