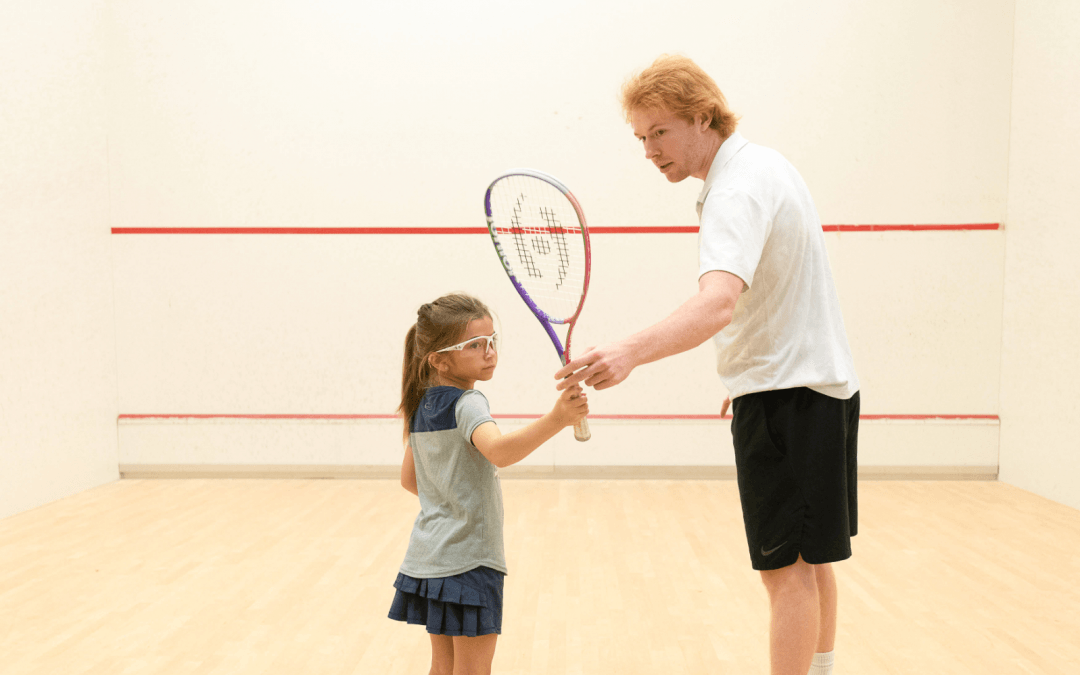 A historic weekend for the S2 record books, as the first ever P2P was hosted at home base after we announced our event affiliation with US Squash earlier in the week. We had 50+ entrants as participants traveling from near and afar for the 9am kick off on Saturday, with a total of 6 States being represented. A season record 8 Divisional Championships were contested and clinched from 9:00 until the Premier Final concluded at 2:30pm. Coincidentally, the 1 Day EA Bronze kicked off at exactly the same time and had 9 S2ozzies competing down the road and it made for an epic day of success stories, learning experiences and several wonderful performances. Read on to hear all about it!

Youngest ever US Squash Champion! 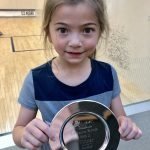 Take a bow Amelia R who broke the S2 record and became our youngest ever winner on the official US Squash tour. She reached the final in Westchester, but went one step further at the EA Bronze and what a way to win your first tournament, right next to home in your own school courts! This memory will last a lifetime (we actually polled the S2 coaches and all of us still remember that moment!) and we can’t wait to see what the next 10 years have in store for the 7 year old sensation.

If winning a tournament aged 7 wasn’t impressive enough, she didn’t even drop a game all tournament! Amelia has made huge inroads through our Futures program, the curriculum specifically created for our rising female superstars. We hope you enjoyed your success and let’s start clearing a trophy cabinet for the next 10 years… we’re going to need a big one for this champion! 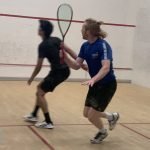 Coach Sam is our defending P2P Series Champion and he shone on Saturday, to capture his first title of the 2019/20 edition. The Yale Captain of 2016, who lifted them a National Championship in his senior year battled past Brandon in the quarters, and then won a hard fought 3-1 over returning Penn Captain of 2018 – BG Lemmon, one of the all time Scozzie favorites, who went from being ranked outside the top 100 in U15 to inside the top 8 within 3 years. We thought the semi final efforts might have taken some steam out of the tank, but he came into the final and played some of his finest squash of the season. Up against current US #1 at U17 – Shaam, he won games 1 and 2 only dropping 4 points in total. After a much needed pep talk from Paul, games 3 and 4 were a totally different story as Shaam fought back from the dead to level at 2-2 in exhilarating fashion, with an energy and shot making display which had the crowd watching in awe. This time it was Sam’s turn to wake up and after a self delivered pep talk, he recaptured his best form and won Game 5 11/2 to claim the championship! We loved having BG back for the day and he and Tom finished 3rd and 4th respectively. Mitav won 5th, Neil 6th and Winston defeated Brandon in the 7/8 play off as two of the hottest 13 year olds in the country once again battled it out to the appreciating audience.

Electric Ethan – D2 Champion
One of our Players of the Day – Ethan captured the D2 title in style. He played his best match of the season in qualifying and was only a couple of points 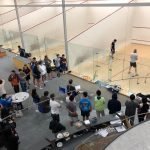 away from upsetting Brandon whom is >0.5 higher rated. He continued to build momentum from that performance and overcame Rubens in a 5 game thriller in the semis before steamrolling Avinash in the final. Rubens and Omar sealed 3rd and 4th and completed our D2 podium.

Jaclyn overcame a tough qualifying defeat to her close school teammate and used the additional motivation to put together several extremely impressive performances on route to winning D3. She didn’t drop a game defeating Shivani and then Ajay U in the quarters and semis and then overcame Parth in the final to lift the title. Her win over Parth was particularly impressive, as he’s one of the hottest and most improved players in the country currently. He’s gone from a 2.79 – 4.06 in under 1 year, a truly phenomenal statistic and doesn’t show signs of slowing down anytime soon. He’ll continue the fairytale at his first ever JCT in a San Francisco in 2 weeks and we can’t wait to see how he performs on the biggest stage. A huge well done to Isaac on winning 3rd and the Bronze Medal (over Ajay in 4th) and Debanshi for winning 5th and played some superb squash throughout the day.

Legendary Liz – D4 Domination
Liz became our first out of town champion winning D2. She traveled in from Northern New Jersey and put on a clinic to defeat Ronak, Clare and Grant, all 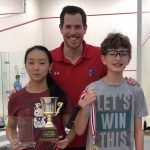 matches went to deciding games and she should unbelievable calmness and composure to win all 3 and lift the title. Grant has a great run reaching the final and had huge wins over Daniel and Saranya on route. Clare came 3rd, Saranya 4th and Ronak won 5th after a great win over Will C in the Classic Plate Final.

Brilliant Bella and Brandon in All Bin Final! 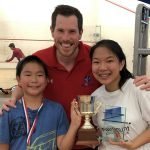 We went through the history book and found had another first ever occurrence – an all sibling P2P final! All S2 match-ups and even finals have become almost expected, but this was something brand new! Luckily we had two of the kindest and nicest kids competing (along with mom watching from the stands), the behavior is always exemplary and the final was absolutely no different. It was a great final and big sister came out on top to win the D5 final! She had a great win in the semis, over Reghan, who will be the #1 seed at the San Fran JCT and also defeated Kevin 2-0 in R2. A great day and perfect preparation for her next event in a few weeks. Well done to Devin and Reghan on 3rd and 4th and Kevin and Jake for 5th and 6th.

Wonderful William – D6 Sensation
William defeated Hope, Peter and Rishaan to win one of the deepest divisions in the whole P2P and showcased his best squash the coaches had ever 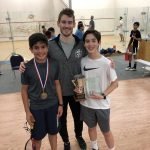 witnessed. William works harder than anyone and is amongst the best listeners and learners in the program and we’re absolutely delighted all the parts of the squash puzzle (it’s complicated in our sport!) are falling into place for him. Very proud of the effort William and can’t wait to see what the rest of the season will bring. If Bella and Brandon wasn’t enough, we then had Lucy vs Peter in an All Sibling 3-4 to cap the day in Division 6.

Joyful Jude and Happy Hope – D7 and D8 Champions
Hope and Jude lifted our D7 and D8 titles to conclude event #2. Hope and Jude played spectacularly to beat Anthea and Kayla in their respective finals and both matches showcased excellent athleticism and skill, which was the perfect way to the showcase the finale to the days events.

As well as our beloved Eagles on the road for the third week running, we also had John G travel out West for a Gold. He represented in style and came back with 3rd place and a Bronze medal from the BU17 Division after only aging up in the summertime. A huge confidence boost before he’s back West next month for the JCT as #32 seed and we’re excited to accompany him on the return! Ohh and did everyone watch the Eagles?! We’re back baby!!! Bring on the Bears next week and let’s get back into #1 spot in the East! Fly Eagles Fly! Finally, Halloween week begins tomorrow as we see our October in style. Stay tuned for the coaches costumes, we promise they’ll be worth waiting for this year! Hope everyone had a great weekend, see y’all at training! 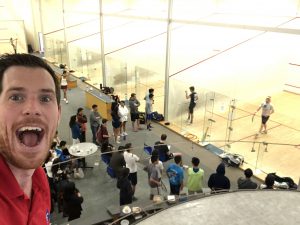