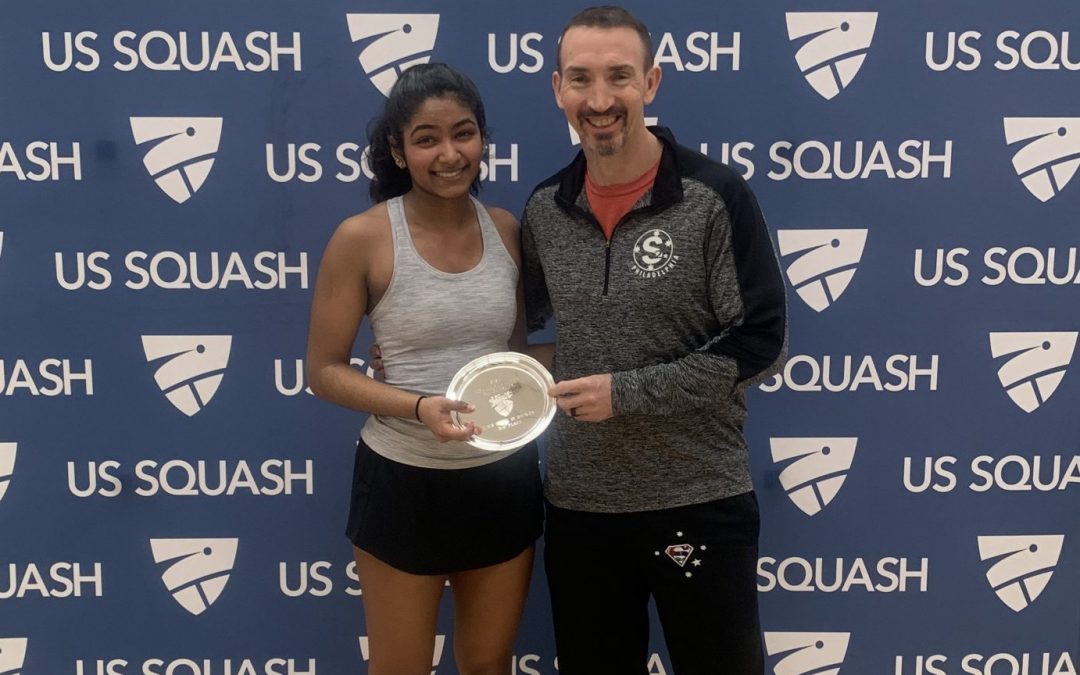 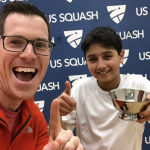 Presidents Day Weekend 2020 will live long in the memories of our S2ozzie community. For the first time ever, US Squash decided to host a Gold and JCT event simultaneously, opening a huge opportunity to gain the necessary ranking points required to qualify for next months coveted Gold Nationals in Charlottesville, VA. It’s the SuperBowl of Junior Squash, the pinnacle of the season and tensions were high, as the country’s best talent desperately battled for their desired finishing positions. To cap it, EA also hosted a Silver tournament down the road with 18 of our favorite S2ozzies competing. In total, we had 22 at the JCT, 16 at the Gold and 18 at the Silver… 54 in total and each and everyone one of them contributed to the success story that made for one of the most historic S2ozzie weekends in memory.

Baltimore JCT – 5th and final of the 2019/20 Season
Meadow Mill holds some of our favorite memories since Scozzies inception back in ‘11. It’s hosted an annual JCT 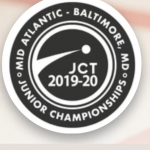 alongside several Golds and National Championships. Exactly 4 years ago, we had a record 6 finalists in the JCT before Nationals. That afternoon brought Eric’s one and only JCT win, alongside Sean’s final JCT championship (he still holds the male record for JCT titles) where he defeated Andrew Douglas in 5 barnburner games. It also birthed two of our National Championship winners – Tom and Max… check the photo archives for the winning photo both hoisted aloft with their trophies! What would 2020 bring… what would the next chapter read?! 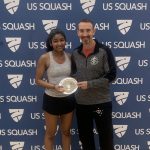 The biggest story came from our sole U19 Girl, who played her last ever JCT after 9 years in the program. Meghna is not only one of the most successful S2ozzies of all time, she’s one of the most successful in the country. She’s a multiple National Champion, JCT winner and US Number 1, who has represented the US at World Championships. If the accolades aren’t impressive enough, Meghna is also the nicest, sweetest and most kind hearted individual you’ll ever come across. She’s a warrior on the court, but as soon as she steps off, her smile would melt a room. When the realization set in that this would be the final JCT, emotions ran extremely high all through the weekend. She then proceeded to 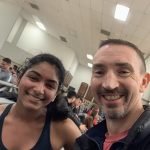 finish in true Meghna style, with a epic 13/11 in the 5th victory after winning game four 11/0 in one of the greatest comebacks in S2ozzie history. It was the perfect finale to a coveted JCT career, we couldn’t have been more proud watching her step up on the podium one last time to collect her 3rd place trophy. Two more events before she takes her talents to New Haven and begins the next chapter… Nationals next month and then the World Championships in the summer. 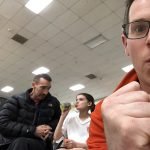 The only player to place higher than Meghna, who coincidently was our eldest and most senior representative, was our youngest player – Reghan. She’s already had an amazing season, reaching 2 JCT finals and travelling to the UK to represent Team USA at the British Open. This time, she was desperate to go one step further and aimed to lift her first ever JCT title. The weekend went perfectly to plan, as she won an epic 3/2 semi final to reach her 3rd final this season. In the final, the level of squash displayed could not have been higher and impressed everyone who was lucky enough to be present. Reghan held a lead at 2/1 in games and 8/6 and could see the finishing line. We speak about the importance of that point at 8/6 as statistically the most significant scoreline possible 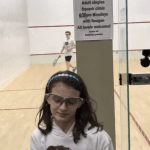 and once again the 1 point proved crucially critical. Her opponent played impeccably and executed her game plan with maturity way beyond her years. She fought back to defeat Reghan in 5 and became the U11 JCT Champion. It was a phenomenal final and so proud of her for fighting until the absolute end. She’ll have one more opportunity at next months Gold Nationals and we know she is going to train up harder than ever and be more prepared than ever before. Her talents are ticking and her time is coming… remember the name people, this girl is going to be great! 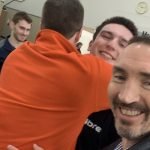 The success story continues, as our eldest and youngest were joined in the quarters by Shaam, Tom and Aiden. Tom’s rose to stardom just continues to impress, at every event he exceeds his original seeding with statement wins and continues climbing to new heights none of us envisaged him reaching this season. He is the perfect example of hard work paying off, no one has put in more work on and off the court and no one deserves it more. At JCT #4, Tom shocked the country as he came from outside the top in the seedlings to finish top eleven. This time, he went one step further, as he won through to the quarter 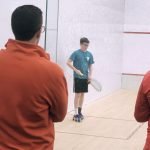 finals before defeating Shaam en route to a 6th place finish, more than 10 places higher than his original seeding. This result will move him to a new highest ever ranking in his senior year. Crazy to think it was only 22 months ago, he came from 14th seed position to win Silver Nationals in one of the greatest achievements in recent years. Brown University is one lucky institution to have this guy playing for the Bears next season, we’re going to miss him! 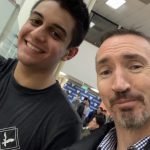 Shaam produced some of the highest levels of squash throughout the weekend. His squash to defeat a former National Champion 11/2, 11/2 in the first two games was truly incredible and he then backed it up in his last match to defeat the current National Champion 3/0 in the most convincing manner. This one is ready to peak next month and there is not one sole in a draw who would want to face him!

NJ Gold
The first ever Gold to be held simultaneously with a JCT presented many questions. How many of the top 32 would find the 2000 point jackpot of winning a Gold a more lucrative lure?! Several did, and it made for a very interesting weekend. The depth of each division was stronger than ever before and made for a tremendous weekend of challenging competitive squash for our 16 traveling S2ozzies. 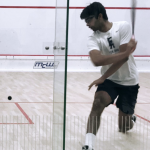 Huge congratulations to Nikhil and Kevin, who both won 5th place and lifted the Classic Plate titles. Nikhil lost to the eventual winner in a heartbreaking 5 games, before winning out. Kevin built on his Consolation win last month, and took the next step up, but winning the Classic Plate, with a huge win over S2 teammate Grant, in the final. Of our girls brigade, Christa came 7th, Naomi wins consol. Anika reached the Consolation Final in her first ever U17 tournament and Jaclyn made Consol Quarters, all in the GU17’s. Also, our young whipper snapper – Kayla, was our highest finishing U11, finishing 7th, just above Tori and Amelia, three of our future S2ars. Finally, Ethan had his highest finish yet at a Gold, finishing 11th. 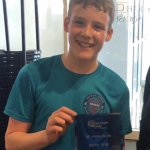 The final PA Silver prior to S2’s on March 14th, brought a 18 S2rong S2quad to Newtown Square. The hero yet again was Mr Alec Staley, who won his 3rd Silver of 2020 and took another big step forward on his path to S2ardom! Arguably, his best performance of his young career came in the final against a higher rated 4.4+ opponent, who had defeated Aru in the semi finals 3/1. Alec produced a master classic blend of offense and defense to steamroll to victory 11/6, 11/3, 11/7. The level represented was significantly above a 4.5 and it’s only a matter of time before he’s making that next jump into the top 50.

Aru then won the Bronze medal with a hard fought 3/1 victory, to join Omar, Bella and Brandon on the podium in 3rd place. Omar, 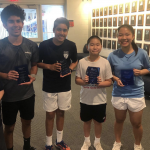 Bella and Brandon all lost to the eventual winners and each of them could easily have been finalists with better draws. Their time will come, but for now the moment is all Alec’s sealing a hat trick of titles in one of the most successful starts to a new year we’ve ever seen! 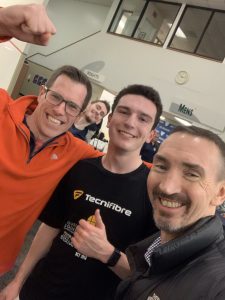