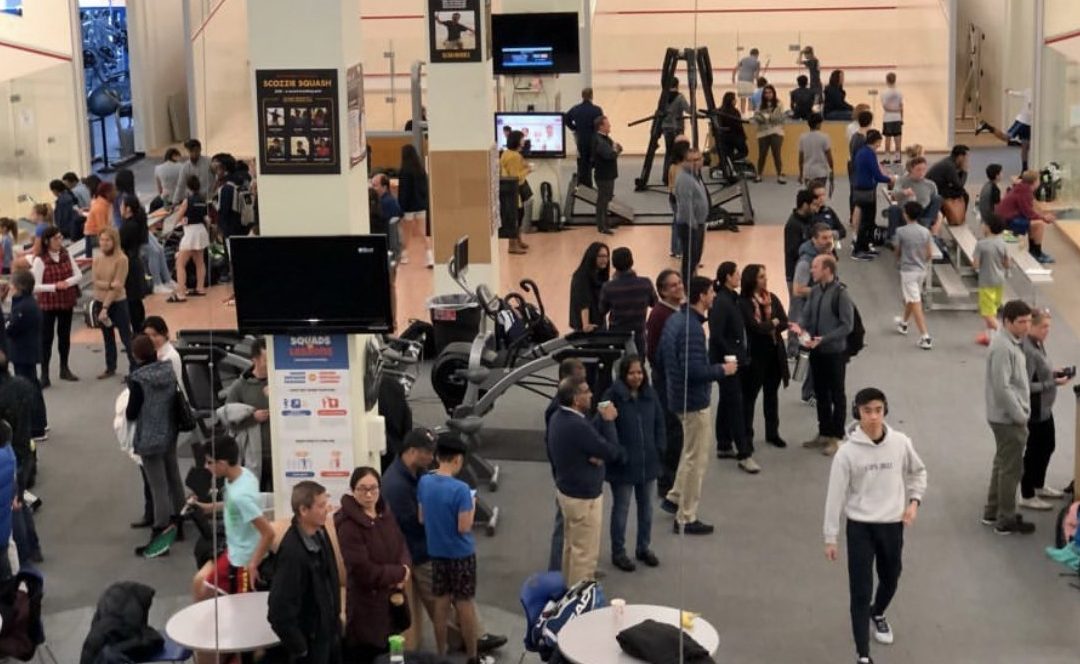 What a weekend it was!!! S2 hosted the PA Regional Championships, which became the largest state championship in the whole country and required US Squash to expand draws to 24 to accommodate. S2 had over 40 participants in all 10 brackets and after arriving full of optimism, we concluded on Sunday in celebration after one of the favorite events in recent memory. The lure of becoming King and Queen of PA attracted the strongest draws nationwide and it made for a weekend of enthralling excitement, with 10 Queens and 10 Kings officially crowned on Sunday afternoon. We finished with 3 State Champions, 3 more finalists and 14 in the top 4… read on to hear all about one of S2’s most successful weekends ever! 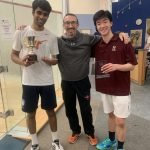 Take a bow Nikhil Kakarla! He won the U19 division defeating Neil in an All S2 semi final and then Matt in successive S2 match ups to clinch the coveted top prize. Even more impressively, he didn’t drop a game all weekend and showcased the beat form of his whole junior career. Ok, even more impressively than that, after winning the final at 8pm on Saturday evening, he then came in for a 6:30am strength and conditioning workout less than 11 hours after lifting the title! Never contend and always looking to push to the next level, Nikhil has already adjusted his eyes towards National success in the upcoming US Open and Connecticut JCT. Huge well done to Matt and Neil for completing an All S2 Podium coming in 1st, 2nd and 3rd. Matt has just returned from a serious ankle injury and this weekend was another big step forward after a top 16 JCT finish. Neil won the Bronze Medal after a scintillating 3/0 win in the 3/4. Great stuff guys, proud of you all! 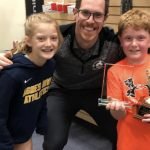 Shortly after Nikhil lifted the U19 title, Peter P created history in the BU11’s. He only turned 9 earlier this month and somehow stayed undefeated as a 9 year old, to shock the nation and win the BU11 division. The historic achievement made him the youngest ever winner of the PA Regionals and we sense that it could be the start of a very special career. In the semi finals, he defeated Parker 3/1 and then had an enthralling 3/1 upset victory in the finals. Both matches displayed a beautiful blend of destructive driving, coinciding with deft drops and marvelous magic up front. His humongous smile from ear to ear as he sealed victory made for a rapturous applause and we can’t wait to see what the next 12 months (and 12 years!) has in store for this up and coming superstar. 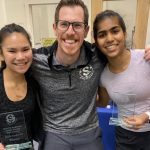 Oldest and youngest Kings, it was now time to anoint a Queen!! Step up Jaclyn D! The 15 year old is ready for a breakout season in her down year at U17 and this was the perfect beginning! After overcoming a tough test in the quarter finals, she never looked back and put together two of her best performances ever in the semis and finals. 6 games for and 0 against, she only dropped an average of 6.6 points per game in those matches and clinched the title in emphatic style. Currently ranked 60, the 1500 points jackpot will boost Jaclyn toward the top 50 and on her current trajectory, no one would bet against her climbing back into the top 32 before the season end. She made a statement here crowning herself Queen of Pennsylvania and we now might just have to set up the sibling showdown all the S2ozzies have been asking for at our Thanksgiving Turkey Bowl – Jaclyn vs Abby… how good would that be?!!

Our Queen was already guaranteed after the semi finals, as Anika had a monumental run through the GU17 division, making her first U17 event one to remember. She had a huge win over Charlotte in the quarters and then defeated Sophia in An All S2 semi final. She blended perfect precision and cut throat consistency with some deft deception to meet Jaclyn in an All S2 Final. Massive congratulations to Anika on reaching the final and to Sophia for reaching the semis. 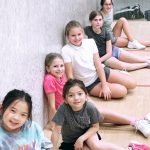 Huge effort from Amelia and Eva, who both came in the top 5 in their first ever Regional Championships. Amelia is 7, Eva is 8 and both girls are two of our future stars. Amelia recently won her first Bronze event and Eva came in 3rd at last weekends MSquash event. Not only are they stars on the court, but off the court they assisted Lyall as Assistant Tournament Directors all weekend. Entering scores, filling in brackets on the wall, answering parent questions… there is no end to the talents these girls possess! The future is definitely bright for these two… remember the names!

BU13
A special thank you to the one and only Brandon (Branzino Bin) who was the star of the show behind the tournament desk, as well as on the courts. Alongside Amelia and Eva (and Devon and Lucy and many others who rocked in helping out!), they were superstar helpers all weekend. Daniel, who is still only 11, was our highest finisher in 4th position and played some of his best squash of the season en route to the semi finals. Grant did great to reach the Classic Plate final and Brandon and Kevin made the Consolation Semis. 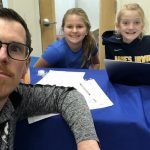 A big well done to Lucy and Maya for reaching the semi finals and made for another All S2 showdown in the 3/4 play off. Lucy won the Bronze medal and continued her fine form coming off a best ever JCT finish on the West Coast. Maya did awesome to reach the semis and will enjoy a massive ranking boost from the points she earned. Sofia and Anya also made it an All S2 Consolation Final as S2omination continued!! 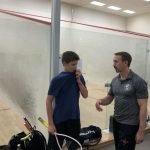 This was arguably the toughest division of all, step up Ethan L! He upset Blake, who was seeded 3, in an All S2 quarter final and was our sole semi finalist. Blake went on to win the Classic Plate after defeating Render. Alec and Rubens both had huge wins over a 4.4 player and Ben and Ronak were excellent in reaching the Consolation and Plate 2 finals.

BU17
Super Sean Park steamrolled the Consolation draw and never dropped more than 7 points in any game, a truly unbelievable statistic. He’ll have a big birthday later this month and his rise from only starting squash 4 years ago to now a 5.0 rated player playing #1 for GFS is a true S2 success story. Winston was our highest finisher in 7th position, playing U17 despite only being 13! Omar and Arjun made finals of Plates 2 and 3 and saved their best squash for Super Sunday!

GU19’s
The final division saw Theresa reach the final and become our 6th S2 finalist. She faced an in form #1 seed and couldn’t quite cause the upset in a 3/1 finale. Izzy came 4th and was our 14th top 4 finisher… another incredible stat! 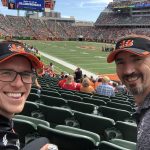 Birds lose, but so do the Cowboys, so somehow we still have a chance. Thank you to Paul’s Patriots for giving up at least a little optimism, although I’m sure it will be short lived!

3 Winners, 3 More Finalists and 14 in the top 4… we’re so proud of you guys for one of our favorite weekends in recent memory. Hosting the event made it ever more special and it was the perfect segue into our favorite week of the year – Thanksgiving. Our 6th annual Turkey Bowl is on Thursday and we couldn’t be more thankful for the unbelievable community we have at S2. A one final thank you to all the helpers over the weekend, we couldn’t have done it without you!