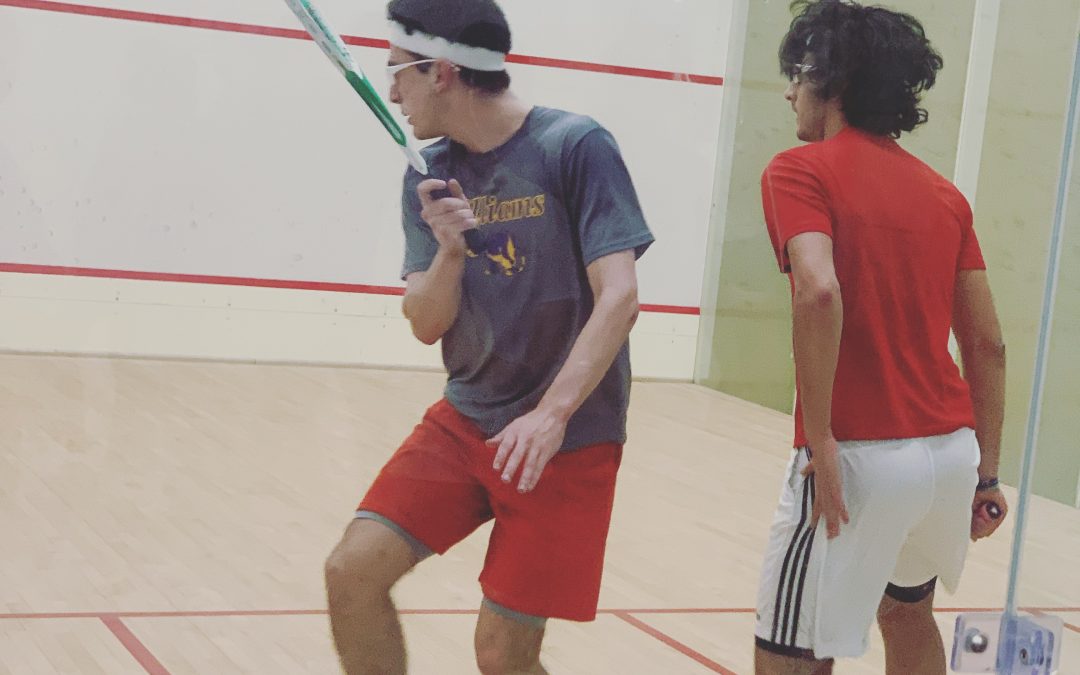 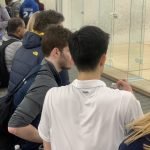 The 4th JCT of the 2019/20 season and the first of the new decade, brought the best junior players in the country to Stamford, CT over MLK Day weekend. 20 S2ozzies qualified (sorry to Christa, Nikhil and Lucy who remained at #1 on the waitlist in their respective divisions) and came in to the weekend desperate to keep the momentum going from a hugely successful Winter Camp and build off the improvements and appropriate adjustments made. We’d argue our guys work harder than anyone in the nation, it was time to showcase that hard work truly does pay off.

The coaches consistently remind the players that Day 1 is always highest priority. A win on day 1 and you seal a top 24 finish and a minimum of 1500 points. We had Reghan, Blake, Aiden, Devon, Shaam and Meghna win 2 matches on Saturday to have 6 S2ozzies reach quarter finals. Just as impressively however, all other 14 players managed to win either their first or second match, guaranteeing S2 had 100% of players in the top 3/4 (top 24) of the draw, a feat that hasn’t been achieved since 2014!

Our only U11 representative was Reghan M, and boy did she step up to the plate! She’s had a phenomenal season to date including; 2 JCT finals, US Open quarter final, British Open top 16 and has cemented herself as one of the hottest 10 year olds in the country. The talent is unquestioned, the highlight reel is always spectacular and Reghan now attracts a fan club/cheer squad to every match she ever plays! Her two previous JCT finals came at Cincinnati and Penn, could this be third time a charm?! 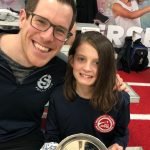 Well, it couldn’t have gone any better leading into the final. Reghan won every round 3-0 and was displaying her best form of the season. She once again faced the top seed and perennial US Number 1, who had defeated her in the two previous finals. In only the third rally of the final, Reghan suffered a serious head injury from the opponents follow-through. Reghan cleared concussion protocol and despite a big welp above the eye and needing a new pair of eye wear, she was desperate to continue and fought on valiantly like the warrior she is. A very difficult situation to shake off, she never managed to recapture her top level and unfortunately had to settle for 2nd place. A very unfortunate learning experience, but a very valuable one to learn from. We hope the black eye doesn’t swell up too much and wishing you a speedy recovery! Proud of another final and we know you can finally land that elusive first JCT in Baltimore!

Our deepest division produced some of our best results. Shaam accompanied Reghan at the recent British Open and both finished top 16 in the World. Now back on domestic soil, Shaam once again played up in the U19’s despite still being 16 years of age. He was our top seeded male player, alongside 2x National Champion Meghna, who led our U19 Girls charge. Both are already established as two of the most successful US Junior Players of the 2010’s, could they replicate similar successes in the 20’s?! 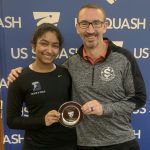 Meghna, who is taking her talents to Yale next season, steamrolled to her 4th successive JCT semi final of the season after a hard fought 3/2 win over one of the top Egyptian Juniors and Shaam reached his 4th successive U19 JCT quarter final in his down, down year. Shaam then faced the top seed and came so close to a historic upset, eventually going down in 4 hard fought games. Meghna lost out in her semi final, which was a disappointment for her, but nothing can take away from her phenomenal season; 4th JCT semi final in a row, including 2 JCT Finals, 5th place at the US Open and now 3rd place in JCT #4, a remarkable run of achievements by one of our favorite seniors. Very proud of our two highest U19 finishers, can’t wait to see what you can both do at the final JCT in Baltimore and then Nationals in March.

We also had Tom, Christian and Sameer representing S2 in the U19’s. Tom had the tournament of his life to finish 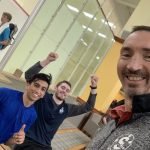 11th. In Round 1 he defeated a 2x US National Champion, in Round 2 he took a game off the top seed and almost caused a major upset. In Round 3, he took apart the Number 1 U17 3/0, a player who has won 2 JCT’s this season. Then it got special. One of the matches of the tournament, Tom saved match balls en route to a 14/12 Game 5 victory, the first time he’s ever saved match points and come back to win! If that wasn’t enough, his 5th match was even better than all the 4 previous, as he fought back against another former National Champion from 2-0 down to go the distance once more. Game 5 couldn’t have brought any more excitement, as once again Tom fought off match points in a tie break epic finale. Unfortunately this time he went down 13/11, but another heroic effort and once again showcasing he can now mix it with the best in the country.

Christian had a great round 1 victory over a top 16 seed and will get a good ranking boost from his top 16 finish. Sameer fought hard to finish 17th and played his best squash winning 3 consecutive matches in Plate 2… there is a special mention at the bottom of the report for his ‘Match of the Event’ Plate 2 Final spectacle! All the U19’s finished higher than original seeding suggested, excellent work from all 5. 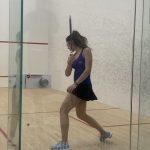 From our 5 U19’s defeating seeding, we had 6 U17’s looking to replicate that success. Matt W and Mitav represented the boys division, with Devon, Maya, Aleezah and Theresa in the girls. Devon had a standout weekend on her way to finishing 7th, her first quarter final of the season. Still in her down year, Devon will now climb even closer to a top 10 ranking and is perfectly placed for the final 2 events of the season. Matt finished 11th in the BU17’s after a heroic 2-0 comeback win in R1. Theresa, Maya and Aleezah all finished in the top 20 and Mitav finished 21st.

Every U19 defeated original seeding, and so did all the U13’s. Two quarter finalists in Aiden and Blake, who were 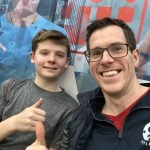 excellent all weekend. Aiden (currently ranked 16) had a tremendous win in his Classic Plate semi final over #5 in the country and was our highest finishing U13 in 6th place, significantly higher than his original seeding. Colten battled a cold all weekend, but still put together some extremely impressive performances. After losing to the eventual finalist R2, he won 4 consecutive to secure a top 10 finish (currently ranked 14), before losing a barn burner 14/12 in the 5th in the Consolation Final. Parth had a breakthrough event to back up his first ever Gold title in Chicago last weekend. He currently ranked 21, but finished 11th after losing to Colten in the Consolation Semis. Finally, last but by no means least, Rubens also finished top 16. He had a great round 1 win over a player ranked 4 spots higher and then another in the Consolation, 3/0 over a player ranked 3 spots higher. All 4 boys will receive a major points boost and will be perfectly placed moving into Baltimore JCT next month.

Some of the best performances of the whole weekend came on Finals Day Monday. Winston put together a masterpiece in the 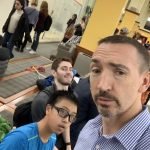 Bu15 Consolation Semis to steamroll one of his long time rivals 3/0 and guaranteed his first top 10 finish of the season. Sameer was then the very last match of the day in the Plate 2 final and proceeded to play match of the weekend with an epic 11/9 in the 5th win in 1 hour 15 minutes! Great way to end the weekend and although no winners, many personal best finishes and very good performances across the 3 days of action. Safe travels back to PA, the coaches are attempting to race back in time for at least some of the 5:15pm squad! 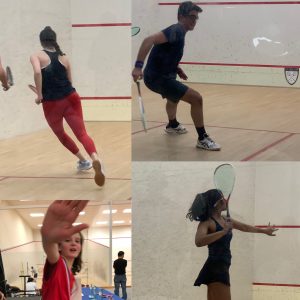