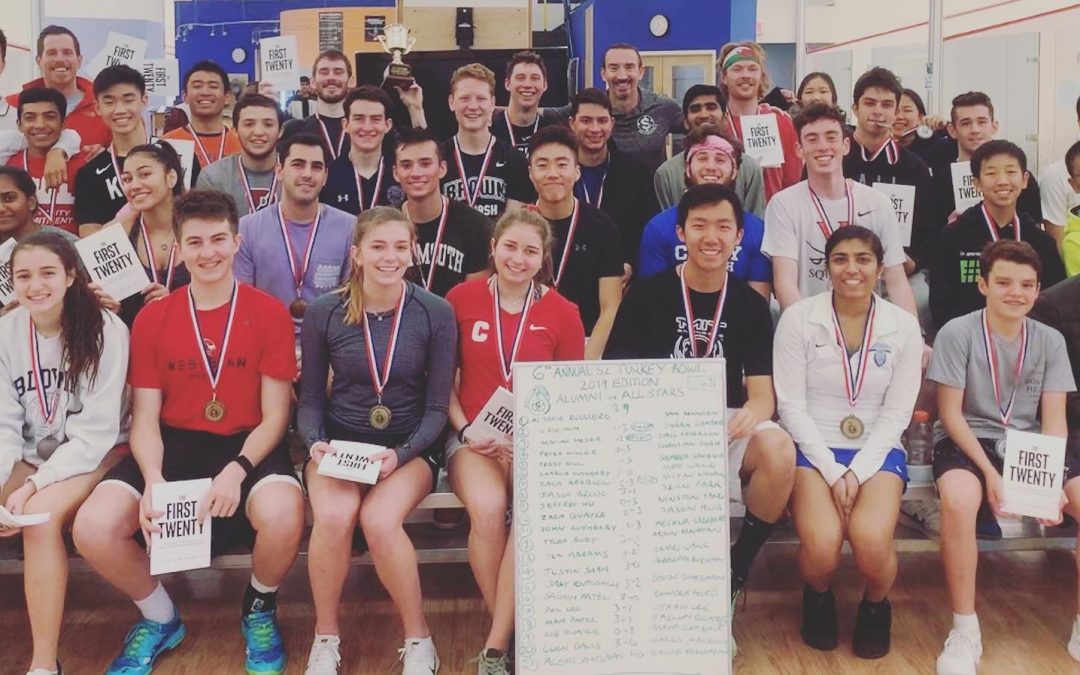 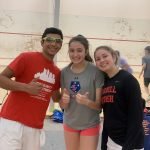 The 6th annual S2 Turkey Bowl brought our biggest and best event yet, as 21 of our finest Alumni returned to line up against 21 of the All Stars, a team build from the Platinum SAS’ finest. It is always our favorite day of the year and is the perennial highlight on the S2 calendar. We had Alumni back home from 7 of 8 Ivies; Harvard, Yale, Dartmouth, Cornell, Columbia, Brown and Penn, only missing Princeton because our record JCT title holder – Elle was struggling with an injury and couldn’t recover in time. We also had representation from MIT, Williams, Amherst, Wesleyan, Colby, UVA, F&M, U.o Chicago, Middlebury, Swarthmore and The Ohio State and it made for a day to remember for many years to come. 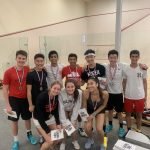 Favorites – Too hard to pick
The Alumni came in as slight favorites, with their team having the higher rated player in 15 of the 21 match ups. However, Captain Lyall vocally backed his youth over Captain Paul’s experienced line up and with an average of less than 0.2 in rating between both sides, it was truly impossible to pick the winner prior to kick off.

All Stars come out flying and immediately lead 3-0! 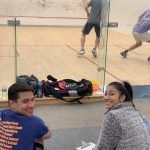 After line ups and inspirational team speeches, the All Stars came out of the blocks firing on all cylinders. The odds numbers went on as first match ups and immediately Maya got the first points on the board with a hard fought 3/0 win over Zoe (Franklin and Marshall) at #19. Meghna and Winston, two of our current most successful S2 players with 7 JCT’s and 3 National Championships between them, on top of holding the coveted #1 ranking, shocked the Alumni with upset wins at #9 and #11 over Jeff (MIT) and John (Wesleyan) to put the All Stars 3-0 up. 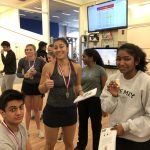 We knew the start couldn’t be sustained, but the All Stars desperately clung to their advantage knowing a 1-2 match lead could provide pivotal before the 2nd round of even matches went on. Corey (Ohio State) began the comeback charge with an epic 3/2 11/9 in the 5th win over Devon at #15 and then big sister Alexis (Cornell) made it 3/2 and brought the Alumni back within touching distance after a win over Dhivya. Time for the heroes to rise and that they did! Sameer shocked the crowds with another upset with for the All Stars, defeating Teddy (F&M) 3-1 at #5, before Mitav (or Miracle as he’s known on the iPhone auto-correct) produced a miraculous performance at #7 to hold off UPenn’s Zach B and win 11/9 in the 5th!! Unreal scenes were unfolding at S2, surely this couldn’t be sustained?! Well it was so close to becoming 6-2, as James held a 2/1 lead over Jon (U.o Chicago). Jon dug deep into his reserves and produced one of the comeback of all comebacks to win 11/8 in the 5th and make it 5-3 instead of 6-2, which felt like a worldly difference. Was this the beginning of the ride turning?!

Yes it was…
The last odd match ups saw Jamie (Williams) vs Sam (Yale) at #1, Lyall vs Max (Brown) at #3 and Phil (Colby) at #17. We felt the Alumni needed 2 of the 3 to give the evens a realistic shot to even and hopefully overcome the deficit at half time and that’s exactly what they did. Phil beat Ethan 3/1 to make it 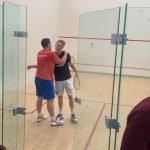 5/4, before Sam won the battle of the S2 Touring Pro’s to make it 6/4. 7/4 could have been massive, it was up to Max to prevent an almost unassailable lead for the All Stars and he gave one of the performances of the day fighting back from 2-0 down to Lyall to even at 2-2 and make for a thrilling game 5 showdown. Max has been playing 1 at Brown since his freshman year and he needed all that experience to combat the wily and unconventional game plan adopted by Coach Lyall, as he began to tire! Lyall held 10/8 and two match balls. He went for the spectacular to seal in with a fake windmill backhand drop and missed it by a millimeter. Max held on and held on and eventually had a match ball at 14/13. He made no mistake and the crowd erupted as he sealed the match 15/13 and brought it back to 6/5 All Stars at the half way mark!

Evens at Half Time, Alumni Attack! 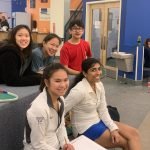 After Max sealed the epic 5 game win, the momentum truly swung back into the Alumni’s favor. Gwen (Middlebury), Maya (Columbia) and Sachin (Harvard) all won at 20, 18 and 16 to give the Alumni their first lead of the day at 8-6. Sachin rolled back the years to co-captaining Harvard with Ali Farag in 2016 and entertained the crowd with some spectacular shot making which also inspired his sister, Maya to play some great squash in her win over Jaclyn. The All Stars needed to respond ASAP and that they did!

Step up Jason and Christian at #6 and #8 to get two massive wins and tie it back at 8-8. Jason held off Zach Q (Dartmouth) in another 5 game thriller and Christian upset Peter (UVA) in a huge win for the All Stars. 8-8, it was anyone’s game. Justin (UVA) and Tyler (Colby) had a massive 3/2 win at #12 to put the Alumni back up 10/8 and within 1 game of victory. Shaam had a monumental win at #2 coming from 2/0 to defeat Eric (Yale) in match up the day and kept it alive! The 6 time JCT winner and current US #1 showed maturity way beyond his years to come back and win and the All Stars began to believe once again! 10-9, two matches to go….

Charlie and Jason – The Alumni Heroes
The last two matches had Charlie (Amherst) vs Matt and Jason (Colby) vs Sean, our S2ar Spotlight of the Week. Almost simultaneously the boys clinched 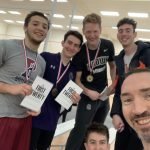 victory for the Alumni after Jason won game 4 over Sean and led for the court to be flooded with Alumni in celebration!! 12-9 final score with 6 matches going to 5 game proving the pivotal statistic. The match arrived with huge hype and the expectations were certainly met with one of the closest matches ever and with so many lead changes throughout the morning. Truly a day never to forget, we loved every minute and hope you guys did too. The countdown to the 7th Turkey Bowl in 2020 has already began and we cannot wait! Well done to the Alumni on their 3rd Bowl, the All Stars promise to come back stronger than ever next year! Happy Thanksgiving Everyone! 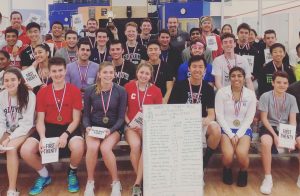